ONE OF THE FIRST RINGS I EVER DESIGNED 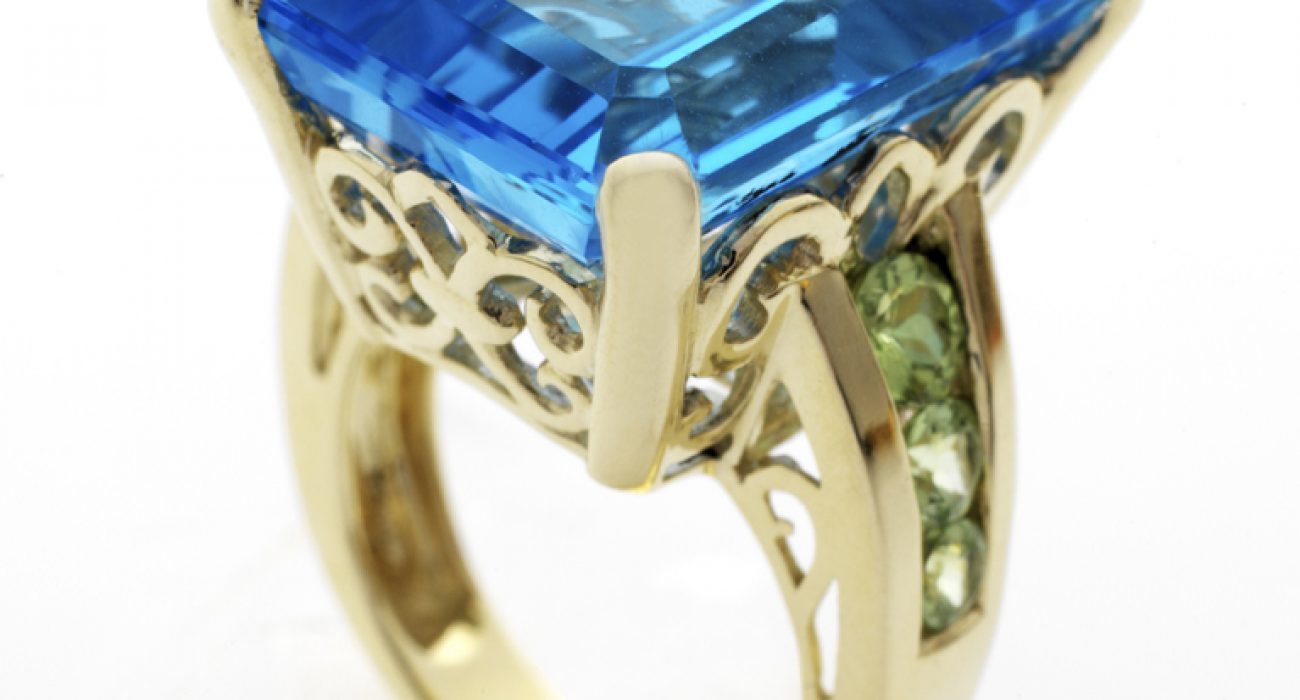 This is one of the first rings I designed and definitely one of my favourite. I love the combination of the two stones; Blue Topaz and Green Peridot, the ring itself is 9kt Gold.

Blue Topaz is often depicted to be a gem of healing and peace. The Romans found the stone on an island in the Red Sea over 2000 years ago. The Romans thought the gem could bring reconciliation and that it could protect its wearer from enemies. In Old Egypt, the gem was worshipped and it was believed that the sun god Ra would give the gem mystical powers. Topaz can be found all over the world, including USA, Mexico and China. However the Minas Gerais region in Brazil is where the most amount of Topaz has been found.

The peridot crystal is said to be connected to the sun and helps you stay on your path keeps you on the sunny side of life. It is a stone of happiness and it is a sign that it’s time to feel good. The peridot is considered a wood element which promotes happiness, abundance and prosperity in your home. In ancient Egypt, Peridot was Cleopatra’s favourite stone, she wore it to ward off evil spirits and of course for its beauty. Peridot comes from the inferno of volcanoes and it is said to be a gift from Mother Nature.