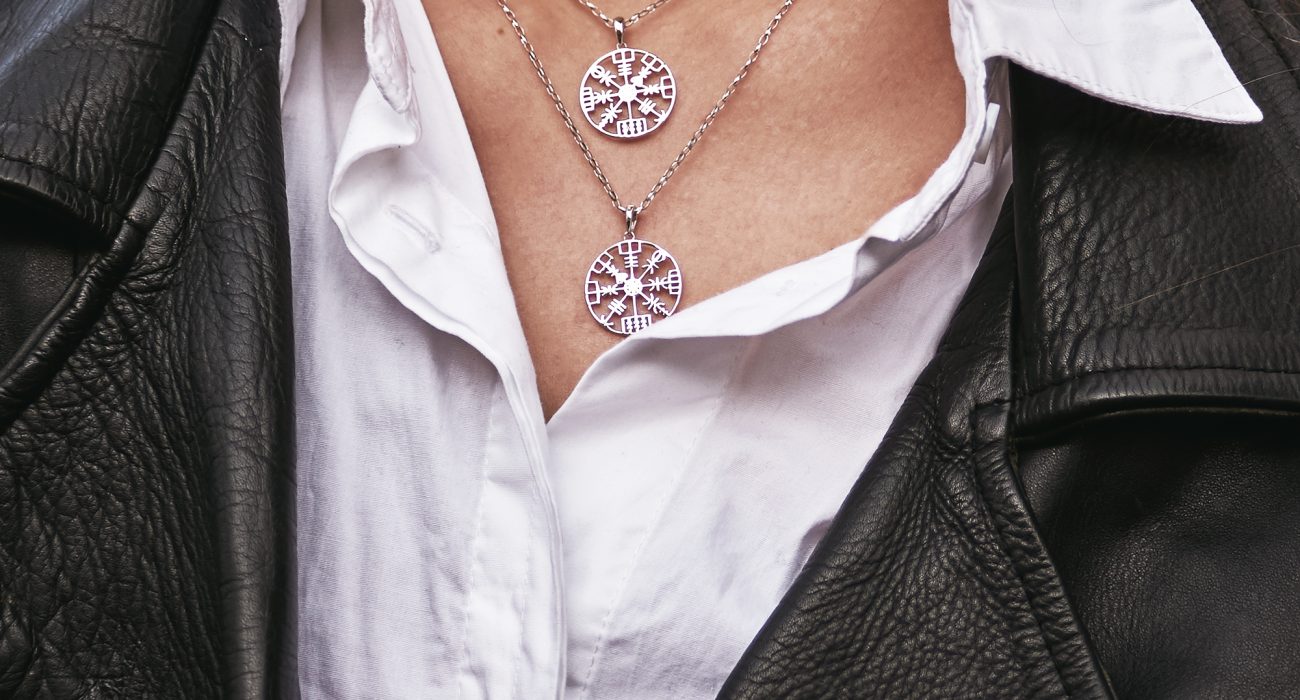 Hendrikka Waage has created a beautiful and alluring silver charm collection of the Nordic magical staves, one of the most mysterious and powerful symbols in Norse mythology, which include necklaces and bracelets in sterling silver.

The Magical staves are Icelandic and have appeared since the 1400’s. One of them is the Direction symbol (Vegvísir). There are eight Viking runic staves in the Direction Symbol (Vegvísir). The eight runic staves stand for all the directions (north, south, west, east, northwest, northeast, southwest, southeast). The composition of Vegvísir consist of these eight elements along with a central point which stands for Midgard (human world in Norse mythology).

There are some who believe that if a nail is placed right in the centre of a Viking compass, at a certain time of the day the positions of the shadow will indicate which direction they should sail to. Therefore it helped the Vikings on sea when in great voyages and guided them through rough weather.

There are two known written sources of it: The Huld Manuscript and Galdrabók which is an Icelandic book of magic spells. The direct meaning of it means “Way pointer”, vegur means way and vísir means pointer. The compass was a protector and supposedly you never got lost in a storm even though you didn’t know the way home.